Before referring to our specific location we would like to give some general information about India: There are around 1.3 billions of poor worldwide. About 40 % of them live in 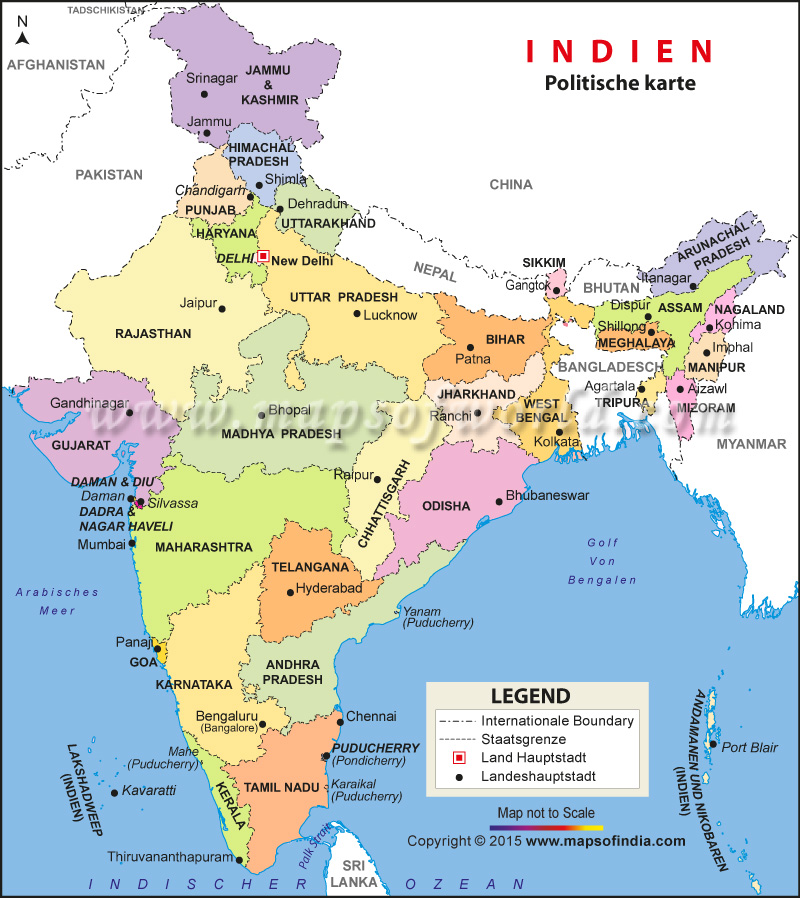 the subcontinent of India. Almost every third Indian is classified as poor by the government. This means that the amount of the poor corresponds almost to the inhabitants of the European Union. In figures - Of the 1 billion Indians:

The federal state Madhya Pradesh, which is the location of our work, has the third highest rate (45 %) of people living in poverty. The above-average part of original inhabitants (adivasi) which are in the lowest class in social system, is in direct relation to this enormously high rate of poverty.

Madhya Pradesh together with Chattisgarh is the biggest federal state of India and has 66 million inhabitants. 44 % are illiterates. According to statistics there is 1 doctor for 6803 inhabitants and the average life expectancy is 55,5 years (in Switzerland: 1 doctor for 500 inhabitants, average life expectancy: over 80 years). In some districts where the rate of adivasi is high there are almost 100 % illiterates. This means that virtually nobody can read or write in these villages.

In view of the political development in the past years an improvement of the situation seems more utopian than ever. Since politics in India have failed in this regard until now, people pin their hope on private initiatives or the missions on the country side. We became acquainted with one of these missions during our stay in India in 2002 and we decided to support the mission presented below:

Dattigaon mission with Father Edward Sarel. Father Edward, Adivasi himself, grew up in this area and after his studies in philosophy and theology was given the possibility to take the Dattigaon-Mission in Dhar district under his guidance. Meanwhile about 400 children get warm food, accommodation, education and medical support daily with Dattigaon-Mission. Father Edward is devoted to his task with his whole engagement and especially with a lot of love for the children. You can feel this loving care when you look at the laughing and cheerful faces of the children when they surround you on your arrival at the mission. Remarkable is that father Edward does not missionary work in the conventional way, which means the recruitment of new believers, but he warmly welcomes all the children, irrespective of their religion. All the children come from Adivasi-families, are original inhabitants and therefore Hindus or have their old tribe religion..

Kindergarten class and children up to 8th standard are taught on the mission, children from all other classes visit the nearest government schools. In the past the lessons at the mission where held in the dormitories or outside, meanwhile the classes can be held in the new primary school built by "together". The total costs for food, hostel expenses, school material and medicine come up to 15 US$ per child and month. But most of the families are not even able to pay this small amount for their children.

In addition, thanks to father Edwards support, some young of the mission are given the possibility to study in Indore, the next bigger city. Most of the people study medicine, mechanical engineering or law to take responsibility over the community later. Thanks to this far-sighted “help for self-help” poverty can be reduced and a new basis for a society can be realized which – we hope – will improve the given structures. Finally, only well-educated members of a society can free it from poverty. By means of education the increase of population might be regulated, the understanding for hygiene, health support and the environmental awareness developed. However, to fill the head, first the stomach must be filled – and that is why it is so important to do this basic work.

Since 2003 it has been the aim of „Together" to improve the devasting circumstances in which the natives (Adivasi) of the indian federal state Madhya Pradesh live. With the help of donations we support the missionary station Dattigaon and the surrounding villages. Its district comprises of 52 widely scattered villages where the people live as self-supporting farmers without land. The basic idea of “Together” is to give help from one human being to another where it is needed the most, irrespective of ethnic, religious or political ideas. The idea when choosing projects is to assist with the aim to achieve self-help, which means in particular agricultural, health and educational projects. Due to recurrent periods of drought, it is specially difficult to produce food. The result is malnutrition and an absolutely live-threatening situation. Furthermore, the problem of a high rate of illiteracy is also a reason for the increasing indebtness and the discrimination of the tribes.

During our multiple journeys in the last few years we visited over 20 of these villages. It was always very impressing for us and the people of the villages, which partly had never seen people with white skin color before. We had a close look of the situation in the villages, supervised current and completed projects and took the requests of the villagers. Father Edward was an indispensable help by doing the translations. We were confronted with problems of really existential kind. At times, we could hardly imagine how the people live in these villages. Nevertheless we were utterly welcome by the villagers and they even gave us from the little they had. We were invited for tea and even for a meal many times. In view of the poverty it was sometimes almost embarrassing for us.

One of the biggest problems is the shortage of water. Sometimes water has to be brought over several kilometers (mostly from women which carry the water container on their head). Some villages are completely dependent on rain, they don’t have wells. This means a permanent fight for survival for a lot of people; no rain – no harvest. They have to decide either to starve or to move away. For this reason a lot of villagers leave their village for some months (or even forever) to find a job in the quarries of Rajasthan or in the big cities. I leave it out to describe in detail the way of living there. We have seen some of these slums in Indore where the worker live. The circumstances of living there are catastrophic and absolutely beneath human dignity.

After having collected the requests and having checked the situation we could finally start with our work. We have supported the villages and the mission as follows... 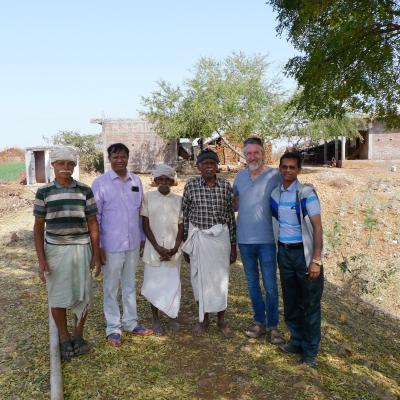 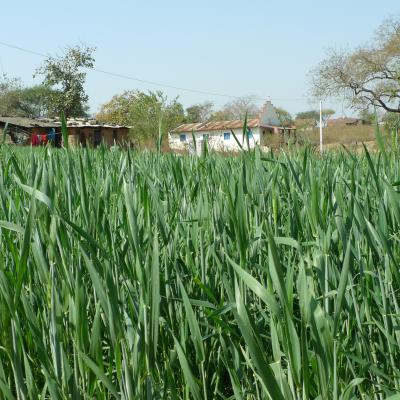 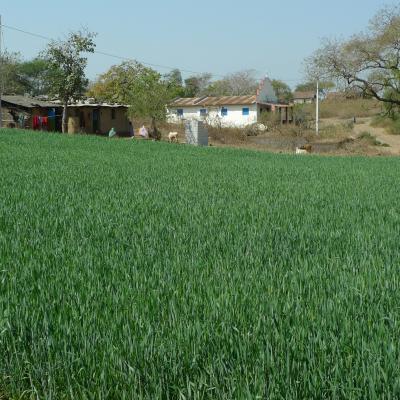 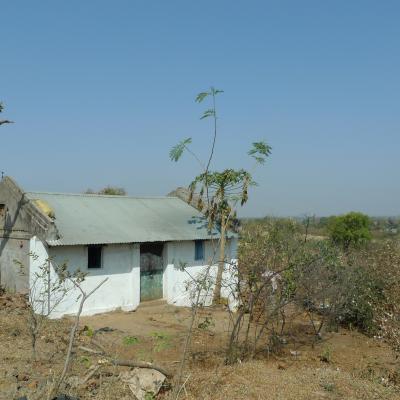 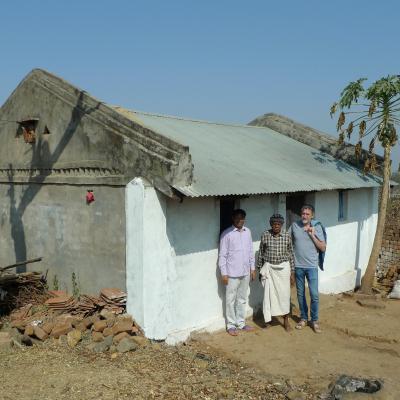 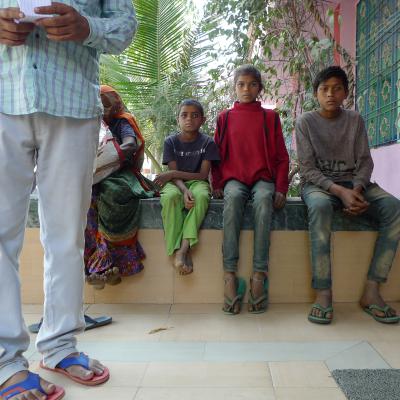 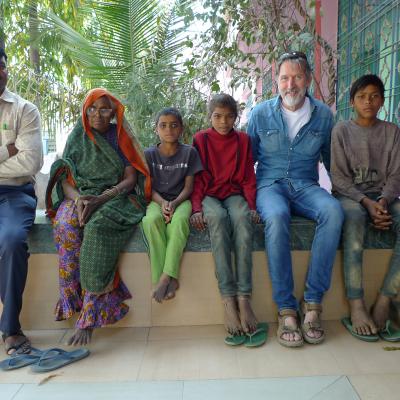 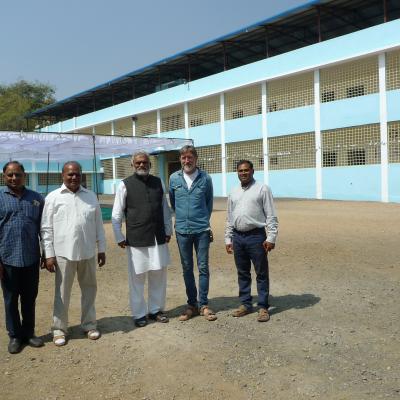 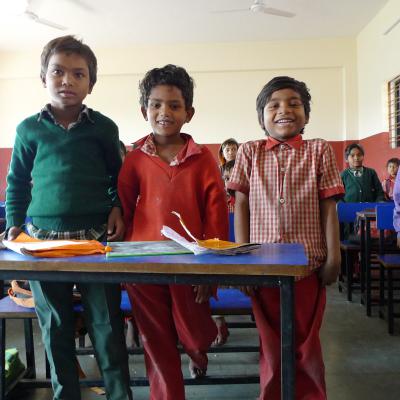